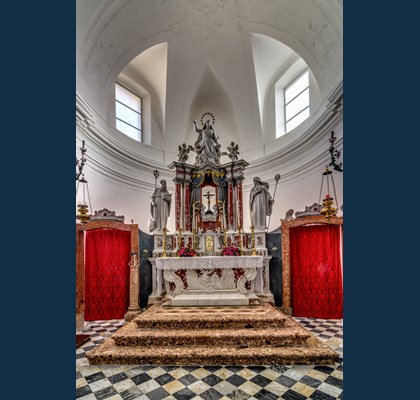 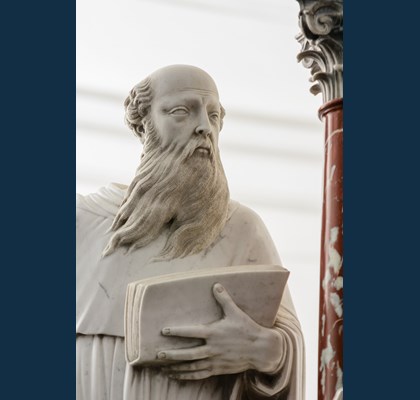 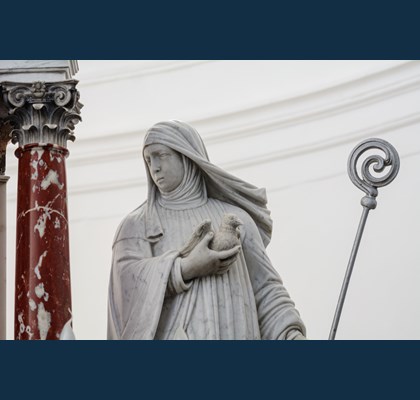 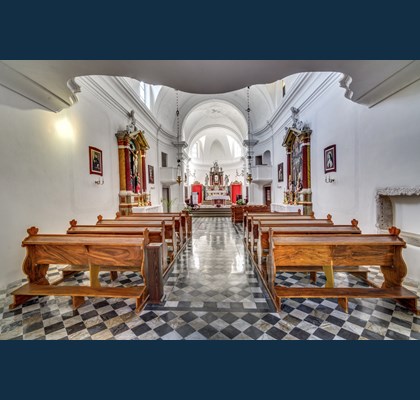 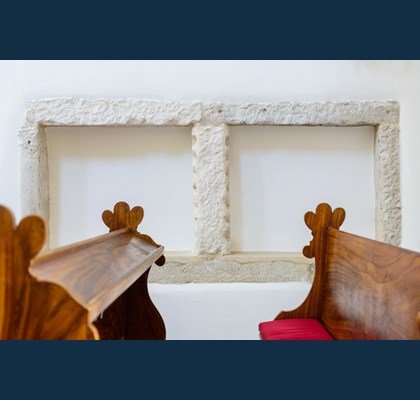 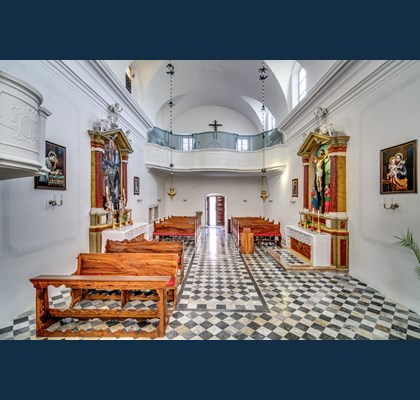 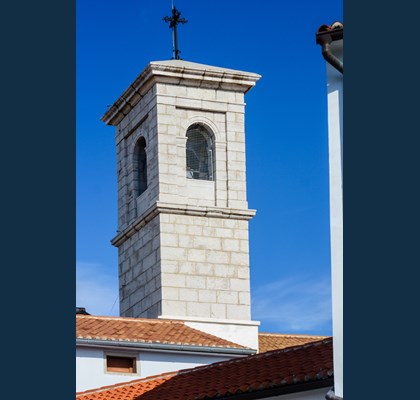 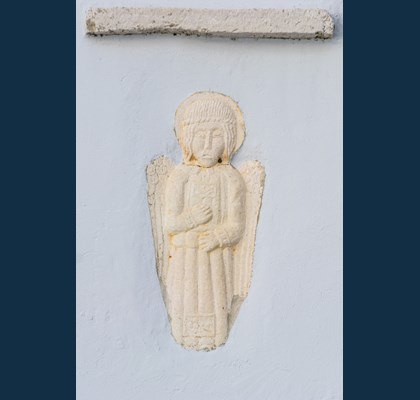 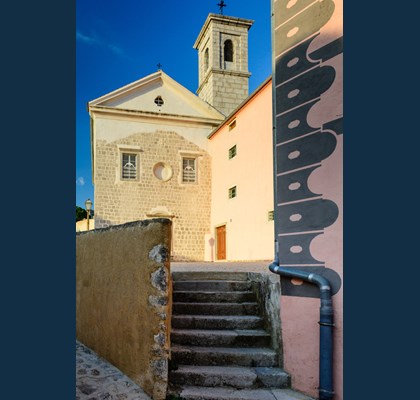 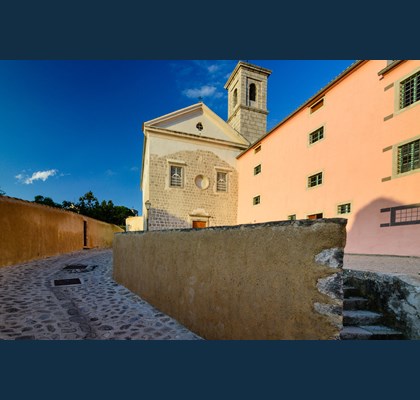 
It is unknown when exactly the Benedictine convent in Krk was founded, but sources indicate it existed in the 13th century. Since 1506, its history may be followed more closely, just like its architectural extensions in the 16th, 17th and 18th centuries. Next to the convent, there is a church dedicated to Saint Mary of Angels (Santa Maria Angelorum). The church was mentioned for the first time in 1348 in the will by the widow Cecilija Vulpa (Lesica). It was already in its original size, after which it was Baroqued and restored. The bell tower is situated on the side of the church, within the convent. It was partitioned at the beginning of the 20th century, when the upper part of the tower was removed and substituted for a new one made of finely chiselled stone, according to the design by the engineer F. Derossi.
At that time (1540), only noble women from Krk could enter the convent. This brought to the lack of nuns, so the law adapted rather quickly. In spite of that, at the beginning of the 17th century, the convent was left without the nuns, so the bishop called two nuns from the island Cres to renew the convent.
The Benedictine convent cherished the tradition of schooling for a long time. On the initiative by the bishop Šintić, in 1806 the female elementary school in Italian language was opened in the convent. From 1921 to 1935, Benedictine nuns ran a boarding school in their convent for young women who attended grammar school.