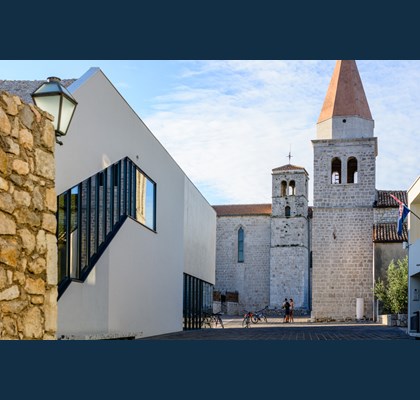 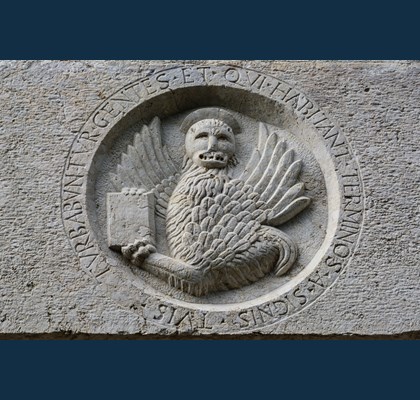 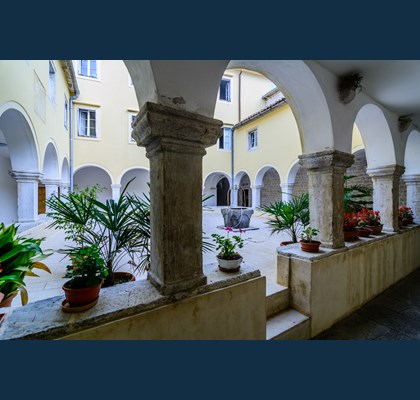 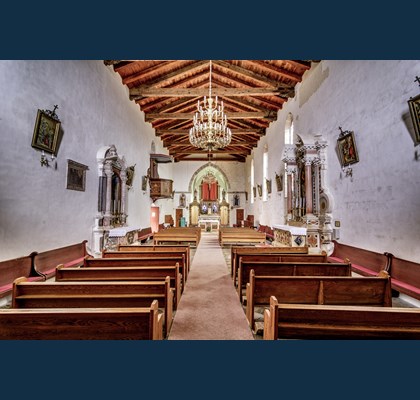 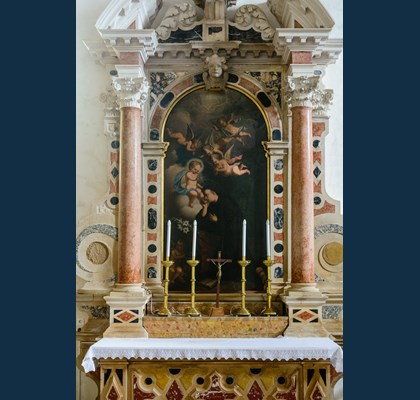 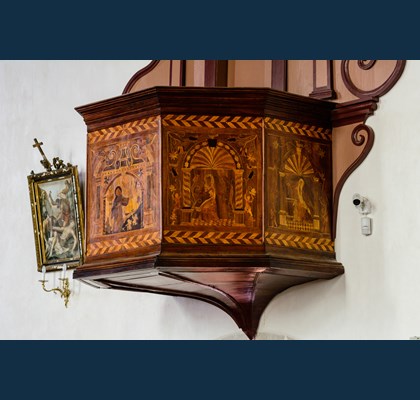 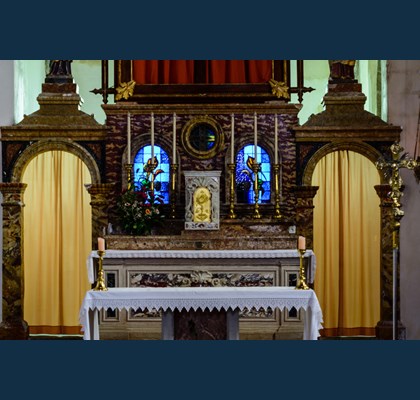 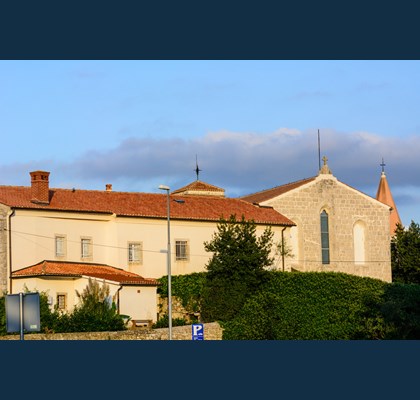 
Ever since the 13th century, various documents, wills and statutes mention the monastery and the church of St Francis in Krk. Only the written records from the 15th century mention the location, because the document says the church is very near the Benedictine monastery.
The church of St Francis is a one-nave structure with a semicircular apse and a Gothic style roof. It is traditionally oriented west – east. Considering that the church sacristy contained frescos from an earlier period, it may be assumed that there had been an older church in the same location, and that the present church of St Francis emerged by remodelling the older church. The apse towards the east is architecturally articulated with two elongated Gothic windows. The same windows definitely existed on the southern apse, but they were covered owing to a subsequent construction of a bell tower, which was finished in 1743. Opposite of the Franciscan church, there was the convent of the Poor Clares. The Poor Clares had a very strict clause, so they complained substantially during the construction of the Franciscan tower, because it overlooked their garden. On its southern façade, the church has three Gothic windows. The same windows lack on the northern side, because that was probably the location of the earlier church, the monastery and the city walls. When it comes to decorative plastics, we should mention the Venetian winged lion with a closed book from the 13th century, today situated on the façade above the walled entrance. The closed book indicates the fact that Venice was at war at the time. The church was partitioned and elongated, so the door might have been the main entrance into the church, therefore, this relief says a lot about the time of its construction.
The monastery was built to the north of today’s church. There is little information about the construction of the monastery, but it is known how in 1500 the Dalmatian provveditore Sebastijan Justiniani allowed to open the window on a part of the city walls. In 1625, a cistern with a cloister was made, supplied by rain-water flowing in from the four roofs. This confirms that until then the church was elongated and that all the buildings of the monastery existed (except the eastern part – junior seminary from 1910).
The church and the monastery of St Francis reveal a lot about the tradition of the Franciscan order in Krk. There is a legend, written in 1500, how St Francis landed on Krk owing to rough weather, and here he met a hermit who accepted his teaching, after which the Franciscan order was established in Krk.