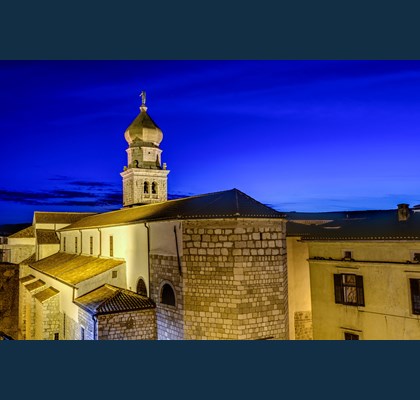 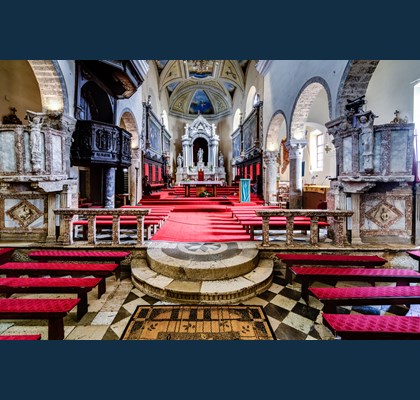 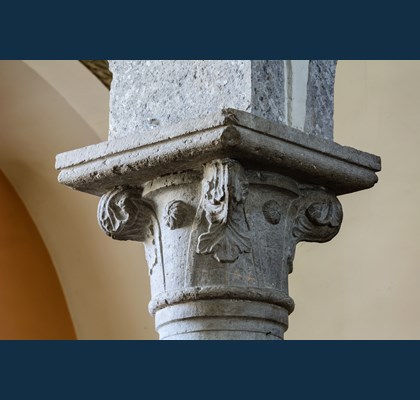 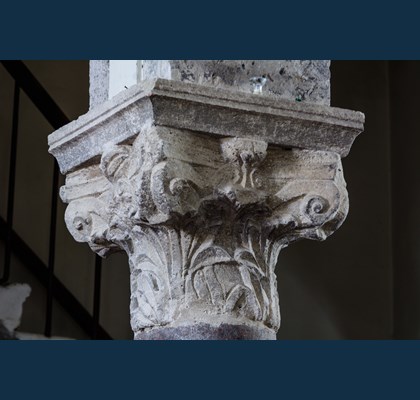 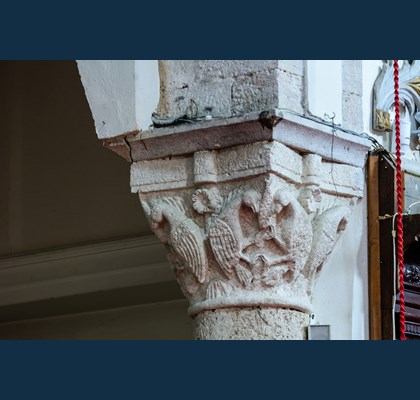 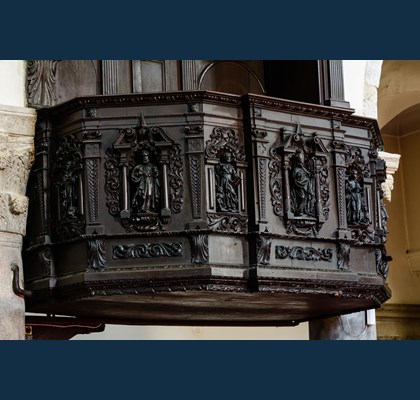 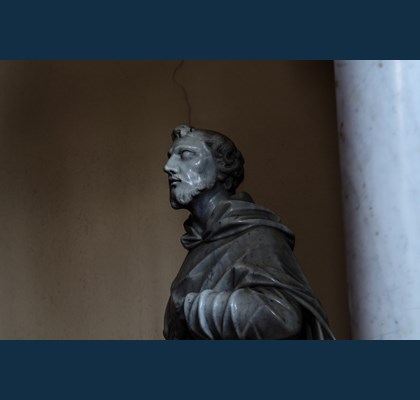 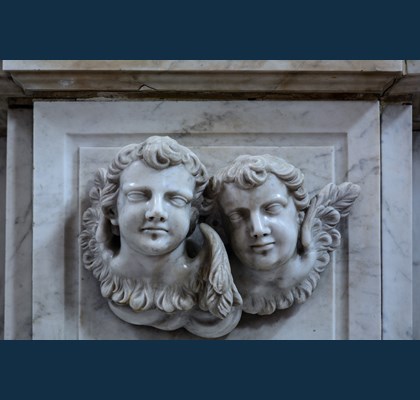 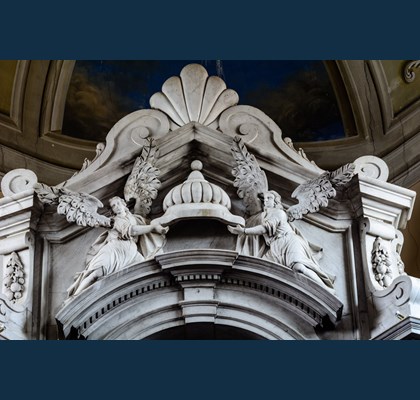 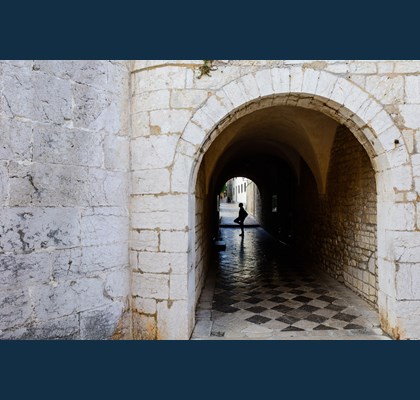 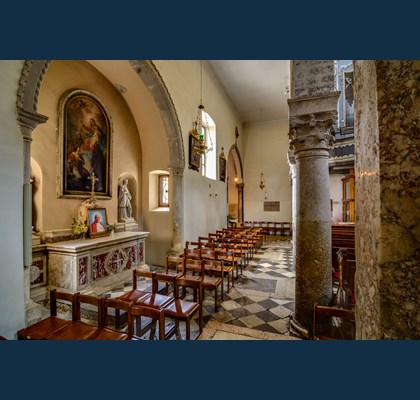 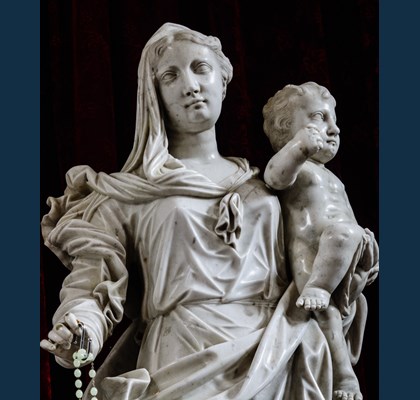 
Based on the idea of the continuity of sacral edifices, the first Krk cathedral should be on the place of the today’s cathedral. Most churches in the city of Krk are merely reflections of the continuity of church construction, changing its appearance through history under the influence of architectural trends in the corresponding historical epoch.
Today, when we observe the Krk cathedral of St Mary, we can see a product of the Middle Ages, which after a major reconstruction in the Romanesque period, kept its appearance until today, despite minor additional construction in the Gothic and Renaissance era.
The first research works on the cathedral complex were initiated by the priest Ivan Žic-Rokov, who wrote about finding the baptistery. Not so long afterwards, Andrija Mohorovičić started with the first archaeological research. His findings proved the existence of the original ancient layer represented by the thermae. The thermae were dated into the 1st century, while according to Mohorovičić, a significant change happened at the end of the 4th century when a small oratorium with a baptistery was built within the walls of the thermae. This was the inception of a transformation which during the 5th century brought to a complete transformation of the ancient thermae into an early Chirstian basilica. Today only two capitals remained of the original basilica. We may only assume that, considering its dimensions, this was a grand church. In the early Middle Ages, the church got an altar partition. This was confirmed by the discovery of fragments of pre-Romanesque plastics in the walls of the cathedral. A part of these spoliae is displayed in the church of St Kvirin.
The entire complex of the cathedral underwent significant alterations in the Romanesque period. The inscription in the cathedral mentions a reconstruction of the colonnade (columnarum opus) in the 12th century by an unnamed Krk bishop (mentioned only by the initial D). This kind of construction activity seems most probable at the time of the bishop Dabar (Dobro – Bonus) around 1179. The southern arcade has nine unequal columns and four types of capitals. There are ten arches, but the easternmost one was walled in to extend the sanctuary. The northern arcade also has nine columns with ten arches, easternmost one was walled in. The columns of the northern arcade are also different with four types of capitals and two capitals with animal motifs.
The bishop Donat a Turre (1484 – 1515) started to partition the apse, and this was continued in 1538 by the Krk nobleman Blaž Zuttinis, and finally ended in 1539. The side naves end in flat walls, which cross the longitudinal ones under a right angle. They can be found on the place of the older apse structures which were demolished, while the opening under the niche arch was walled in the 16th century.
Significant changes in the side naves of the basilica emerged after the construction of various chapels, attached to the side walls of the church during the 15th and 16th centuries. Thus, the number and the position of the altars changed. The Gothic chapel of St Barbara was erected in the middle of the 15th century, and a chapel with a baptism well at the end of the 15th century. The Chapel of the Heart of Christ was built at the end of the 16th century. The wife of the prince Ivan Frankopan had the southern chapel, the first from the door, built in the middle of the 15th century, and today it holds the Crucifix. The bishop Petar Bembo had the chapels with the altars of St Nicholas and Our Lady of Mount Carmel built around 1570.
The Cathedral is dedicated to the Blessed Virgin Mary, which also indicates its early origin. According to a discovered inscription about the construction of the church, the historians suggest the possibility that the church existed in the second half of the 5th century and the beginning of the 6th century, which connects the titular of the church with the Council of Ephesus (year 431) and the great celebration after accepting Mary as the Mother of God. This is definitely a Romanesque cathedral with an extremely rich inventory dating back into older and earlier periods, and historically speaking, this is an important diocesan centre in the area of the Northern Adriatic.