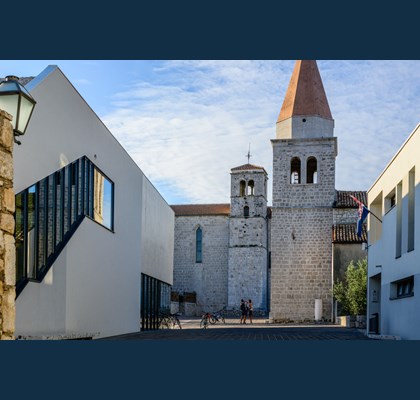 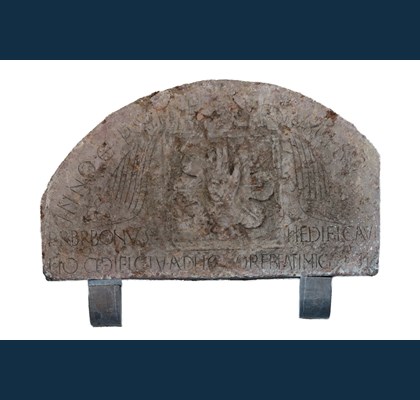 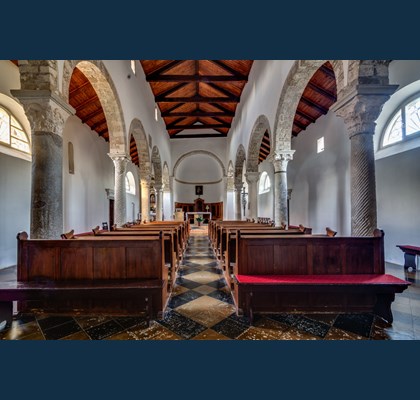 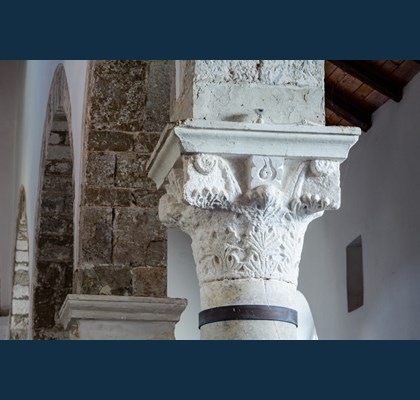 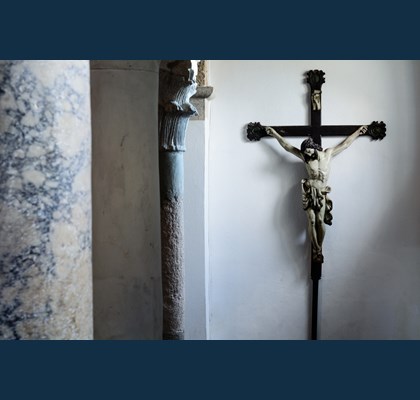 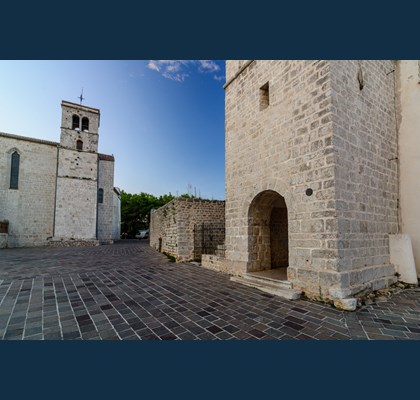 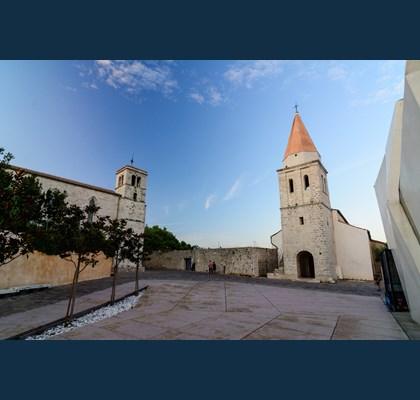 
Until the middle of the 19th century, the Church of Our Lady of Health was dedicated to St Mihovil (Michael), and it used to belong to the Benedictine monastery of the same name. The first document which indirectly mentions the monastery, and it supposedly also refers to the church, is the will of the widow Spreza de Dominiko from 1271, in which she leaves a piece of land to the monastery of St Mihovil in Krk.
Today, the three-nave basilica made in Romanesque style remained preserved. Geographically speaking, it is oriented in the direction east – west, which originally had three semicircular apses on the eastern end, but only the central one with the altar dedicated to the Lady was preserved until today. All until 1850, the main altar was dedicated to St Mihovil, but the titular changed during the ravaging of cholera, so the Lady would offer her protection. The western façade has a two-floor tower with pyramidal top, which forms an integral part of the church. It is assumed that in the beginning, it had three floors and a small four-sloped roof, however, this was removed and a pyramid was set on a high base.
The friars lived in the monastery until the middle of the 15th century, after which secular abbots, Venetian priests continued to live there. In 1616, a secular abbot from the monastery, Negri wrote to the Doge, stating that the monastery buildings were turned into ruins because tiles were taken off the roofs to use them for covering military accommodations. Negri asked him to repair the buildings and he emphasized that the mentioned material was taken for the benefit of the Republic.
There is a very valuable undated monument within the church – the tympanum (a semicircular arch over an entrance), which is built into the northern wall with the inscription: “In the name of the Father, the Son and the Holy Ghost. Amen. Friar Bonus (Dobroslav) built this structure in the honour of St Mihovil, the archangel”. We can assume that this used to be above the entrance into the church of St Mihovil, the archangel.
Although only the church and the tale of the Benedictine monastery complex remained until today, the mentioned remains reveal a lot about the monastery tradition on Krk and shed some light upon the urban planning of the medieval Krk.