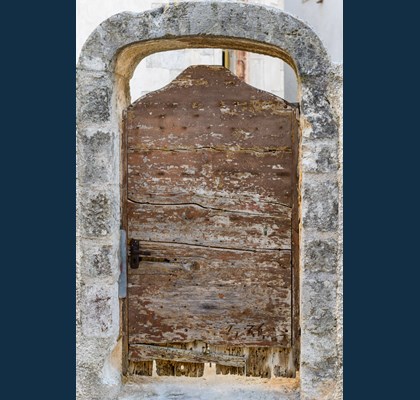 
Archaeological findings from the 1970s, lead by Andre Mohorovičić, brought forth one of the most interesting findings from the Roman period in the city of Krk – the city thermae, built in the 1st century. The thermae are one of the main indicators of Roman urbanization, which shaped life in the city in the first four centuries. Besides the forum, the thermae represented the centres for gathering in any ancient city. Their architecture was strictly defined by architectural rules of the Roman age. The Roman thermae were based on three main rooms; the tepidarium (room with lukewarm water), the caldarium (room with hot water) and finally, the frigidarium (room with cold water) through which the users had to pass gradually. These rooms were found along the northern transversal wall of today’s cathedral. Each room was marked by the then decoration; mosaic floors and painted walls whose traces were found through research. The Krk Thermae were quite big, their surface area extended over an entire insula, or city district. This ancient urban insula stretched in the direction east-west, along the length of 36.68 m and an established width in the direction north-south of over 30 m. On the west side, the insula was enclosed by the ancient cardo (preserved in the existing street line), which passed through the middle of the city area and went down to the sea along the insula.
During late antiquity, the city thermae lost their function as a gathering place for entertainment and recreation, and became places for religious gathering. In the 4th century, within these dimensions there was first a small old Christian oratorium with a baptistery, and then in the 5th century a large complex of a basilica.