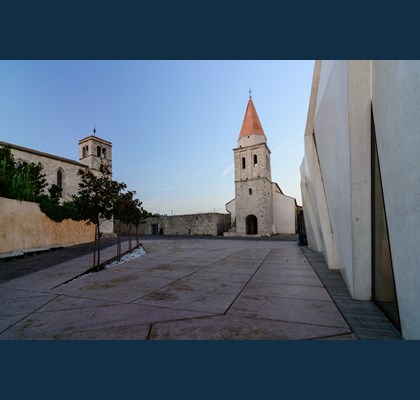 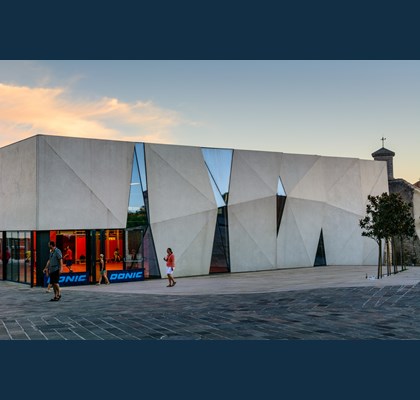 
Today the Glagolitics Square is one of the three large squares in the city of Krk. Its importance lies in the fact that in the Middle Ages it was bordered by as many as four monastery complexes. The Franciscan monastery in the north and the Benedictine convent on the west of the square have remained until today. On the east side of the square, there was the Benedictine monastery and on the south side, where today there is the school gym, there was the Poor Clares convent. The square was approached from the north through large north gate, so called Porta Su, which has completely disappeared.
Archaeological research have shown that the Square did not get its present geometry until the second half of the 19th century, when it was extended significantly, and there were even traces of inhabiting the area as far back as in the iron age, when prehistorical communities of Liburni lived there.