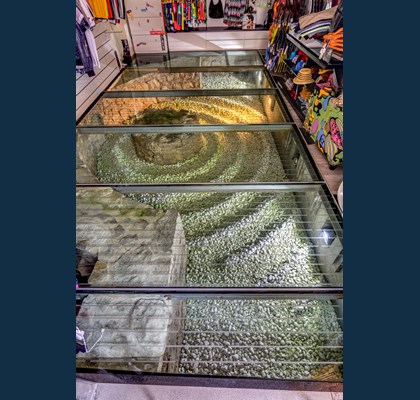 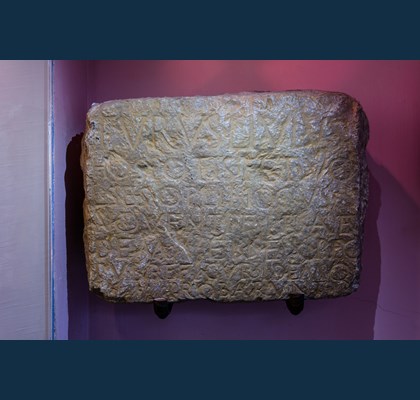 
In the immediate vicinity of the Small Gate (Mala Vrata), in the area of the store Templum Veneris, recent archaeological findings discovered the remains of an interesting ancient object. These are the remains of the apse inscribed into the flat back wall. The manner of construction, using small dressed stone, as well as findings of ceramics, mostly fragments of amphorae, indicate that the object emerged in the Roman age.
The past interpretation indicates that the finding represents the back of a Roman sacral edifice – a temple. This assumption may be corroborated by proper orientation, orthogonal symmetry, the structure, meticulous performance, as well as dimensions of the layout. The apse, or a deep exedra, is also a common form of antique sacral structures. The round structure found within the apse may represent a raised area where the statue of the praised god was placed. The dedication to the goddess Venus logically suggested itself after finding the inscription dated into 1st century b. C., which speaks about the renewal of the Temple of Venus. The inscription has been displayed in the gallery Fortis.